Washington girl, 5, hardened by cancer after her dentist found her tumor during a routine cleaning

A five-year-old girl is now cancer-free after a tumor has been found during a routine dentist’s visit.

Thinking it was strange for the little girl’s age, Dr. Sussarla ordered an X-ray, which revealed a tumor in Hunter’s jaw, KOMO News reported.

A few days later, the Seattle Children & # 39; s Hospital visited where surgeons confirmed that she had neuroblastoma, a cancer that forms in nerve tissue.

After 18 months of aggressive chemotherapy, radiation and immunotherapy, Hunter is now cancer-free. 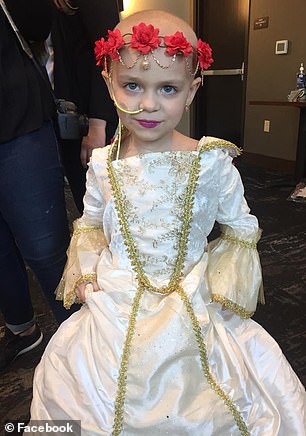 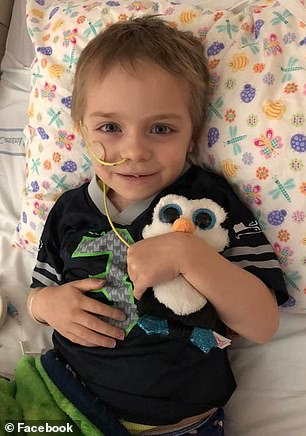 Hunter Jones, five (left and right), from Everett, Washington, had their teeth cleaned when her dentist Dr. Haarlyn Sussarla noticed several loose teeth. Thinking it was strange for the little girl’s age, Dr. Sussarla ordered an X-ray that revealed a tumor in Hunter’s jaw 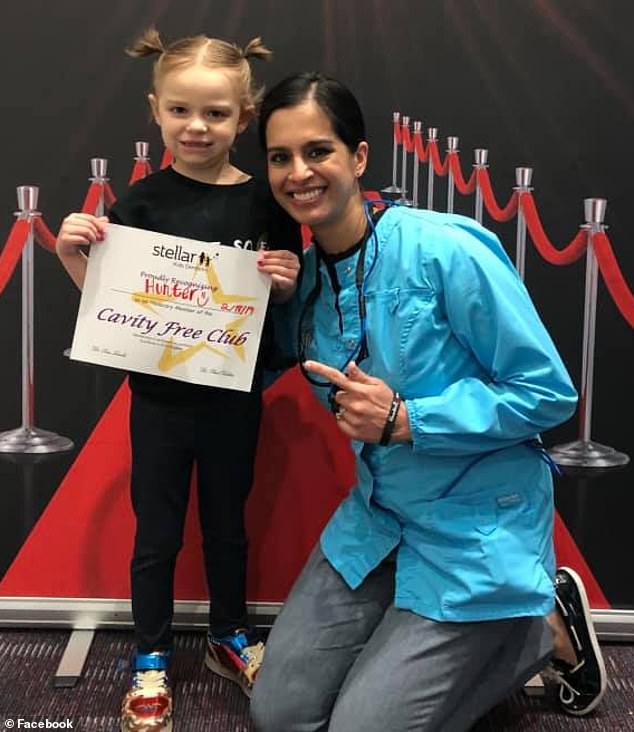 A few days later, the Seattle Children ‘s Hospital visited where surgeons confirmed that she had neuroblastoma, a cancer that forms in nerve tissue. Image: Hunter, left, after treatment, with his dentist, Dr. Harlyn Sussarla

Hunter’s mother, Kara, says she was shocked by the diagnosis because her daughter did not show any signs or symptoms that something was wrong.

Neuroblastoma is a cancer that develops in immature neurons throughout the body.

It usually begins in the adrenal glands, which lie just on top of the kidneys, but can also develop elsewhere, such as the chest, abdomen or spine.

The cancer is usually diagnosed in children who are five or younger.

Treatment depends on the location and size of the tumor but may include surgery, chemotherapy, radiation, immunotherapy and stem cell transplants.

According to the American Cancer Society, about 800 new cases of neuroblastoma are diagnosed each year in the United States. 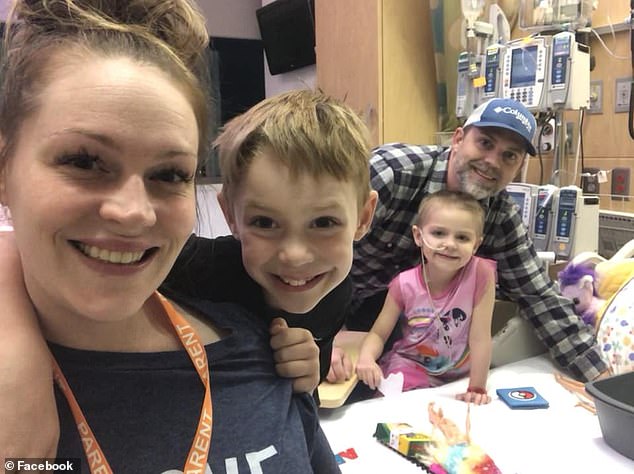 Neuroblastoma is most commonly diagnosed in children who are five or younger, but Hunter showed no symptoms. Pictured from left to right: Mom Kara, Brother Reeder, Kara and Dad Jay 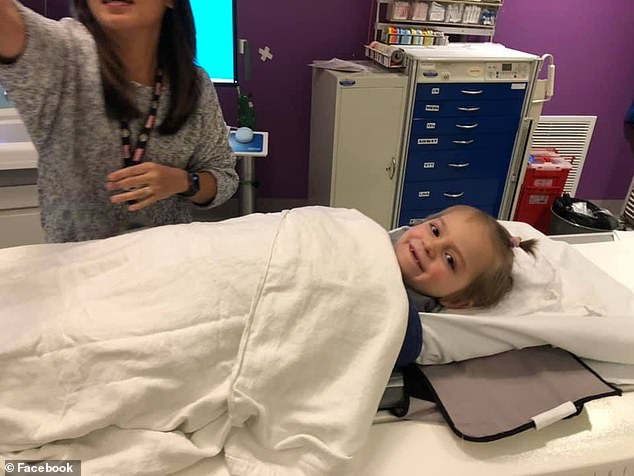 Hunter was diagnosed with high-risk stage IV neuroblastoma, having a five-year survival rate of between 40 and 50 percent. Pictured: Hunter during treatment

Hunter was diagnosed with high-risk phase IV neuroblastoma, which has a five-year survival rate of between 40 and 50 percent.

“We found out she had a tumor in her abdomen” her dad, Jay, told KOMO News. “And it also spread to the hip.”

Over the next 18 months, the little girl spent 140 days at Seattle Children’s Hospital.

“The treatment is hard and comes with risks up to 90 [percent] that Hunter … will have a secondary disease such as leukemia, kidney disease, liver disease and / or heart disease,” reads the GoFundMe page.

“But it is necessary because of how difficult it is to cure and keep cancer from coming back.” 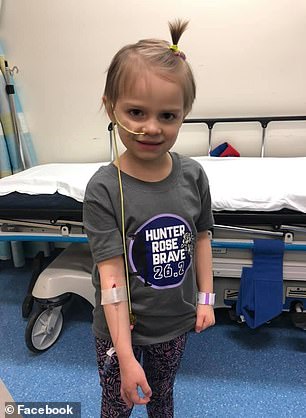 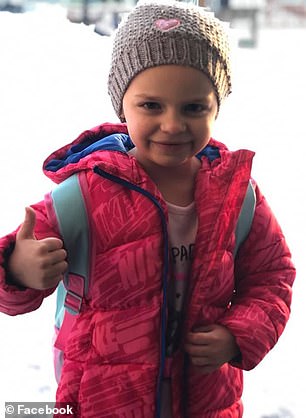 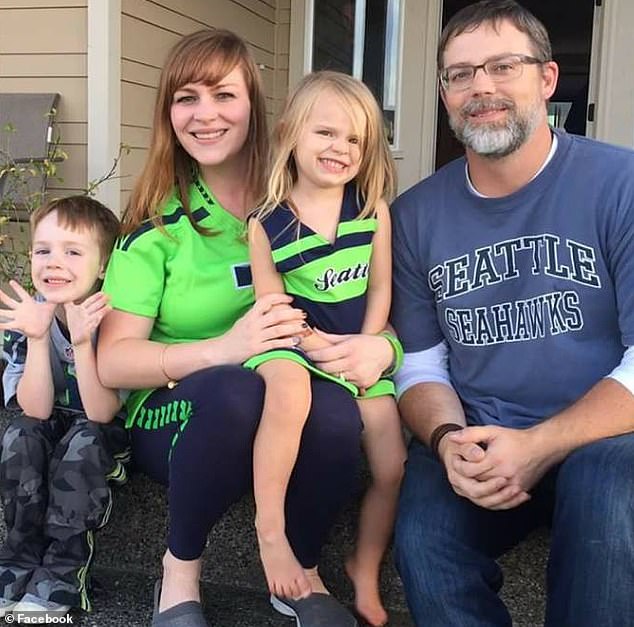 The family is in New York at the Memorial Sloan Kettering Cancer Center because Hunter is enrolled in a clinical trial for a neuroblastoma vaccine that can help prevent relapse. Pictured from left to right: Hunter’s brother Reeder, mother Kara, Hunter and dad Jay

At his last treatment last month, Hunter was declared cancer-free.

Recently, Hunter visited his dentist and gave her a handmade card with the words: “I Love You” written on it.

“The fact that this was something found in the dentist’s chair is grateful to me for seeing it and that she could take care of the treatment she needed”, said Susarla to KOMO News. “Honest, I think carefully about her every day.”

Hunter was recently enrolled in a clinical trial at the New York Memorial Sloan Kettering Cancer Center for a neuroblastoma vaccine that could help prevent relapse.

The family has started a GoFundMe page to cover the cost of Hunter’s medical bills.