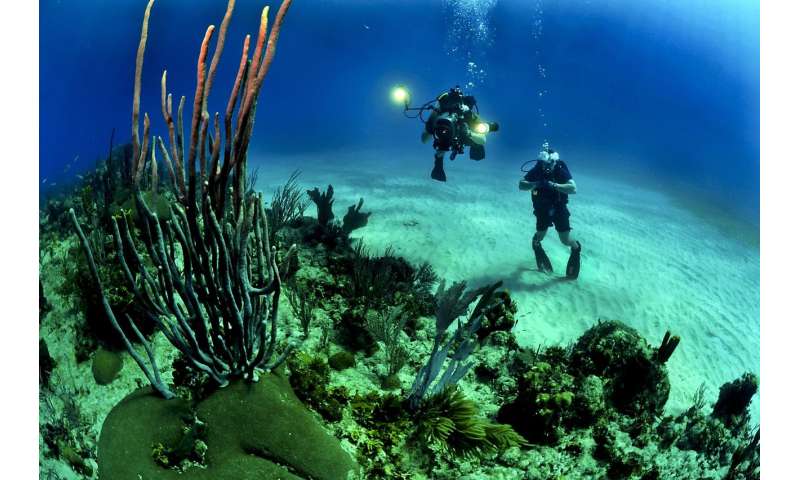 
Today, Paul G. Allen Philanthropies and a consortium of partners, including Carnegie, unveiled the Allen Coral Atlas, a pioneering effort that uses high-resolution satellite imagery and advanced analytics to map and monitor the world’s coral reefs in unprecedented detail. At launch, the Allen Coral Atlas offers the highest resolution, up-to-date global image of the world’s coral reefs ever captured, and the first detailed maps showing the composition and structure of five important reefs located throughout the world.

“Paul challenged us with a bold and audacious goal-saving coral reefs around the world,” said Bill Hilf, CEO of Vulcan Inc. “The Allen Coral Atlas is our first step towards fulfilling that mission.”

The All Coral Atlas began with a global 4-meter / pixel mosaic of the world’s coral reefs, comprised of satellite imagery from 201

7 to 2018 provided by Planet, an integrated aerospace and data analysis company and satellite image provider. Allen Coral Atlas partners that Carnegie, the University of Queensland (UQ), the Hawaii Institute of Marine Biology, and the National Geographic Society further analyzed and validated this imagery to produce derivative maps that capture reef depth and water color, and discriminate between benthic microalgae , coral reef and algae, and land, rock, sand, and rubble. The Allen Coral Atlas launched with detailed geomorphic and benthic maps for Moorea in French Polynesia; Lighthouse Reef in Belize; West Hawaii Island; Karimunjawa in Indonesia; and Heron Island on the Great Barrier Reef in Australia, with more planned to come.

With this new level of timeliness and detail, conservationists and local communities can more effectively target conservation and restoration interventions. To ensure their maximum impact, the assets of the Allen Coral Atlas will be freely licensed for non-commercial scientific and conservation uses.

“This project, through its unique set of partners, enables us to deliver maps of coral reefs at a level of detail and in a form that reef scientists and managers worldwide have not had access to, “said Stuart Phinn of the University of Queensland.

The partners intend for the Allen Coral Atlas to become a definitive source for real-time monitoring of the world’s coral reefs-providing change detection over time so local governments can take action to protect and save the reefs in their own backyards.

“We are developing novel algorithms and applying them to Planet’s satellite data to detect and analyze changes in reef cover and condition, “said Carnegie’s Greg Asner, an ecologist recognized for his exploratory and applied research on ecosystems and climate change at regional to global scales. “Over time, we will be able to determine which reefs are bleaching and where, giving decision-makers and the reef management community critically important information needed for response and conservation.”

Coral reefs are some of the most diverse and valuable ecosystems on Earth, protecting thousands of species of fish and plant life, a vital component of fisheries management. Additionally, coral reefs provide coastal protection, sourcing for medical advances and billions of dollars in local tourism.

The team is confident that the methodology and open access to all data from the Allen Coral Atlas maps will help to inform conservation policies, evolve techniques and educate the public.