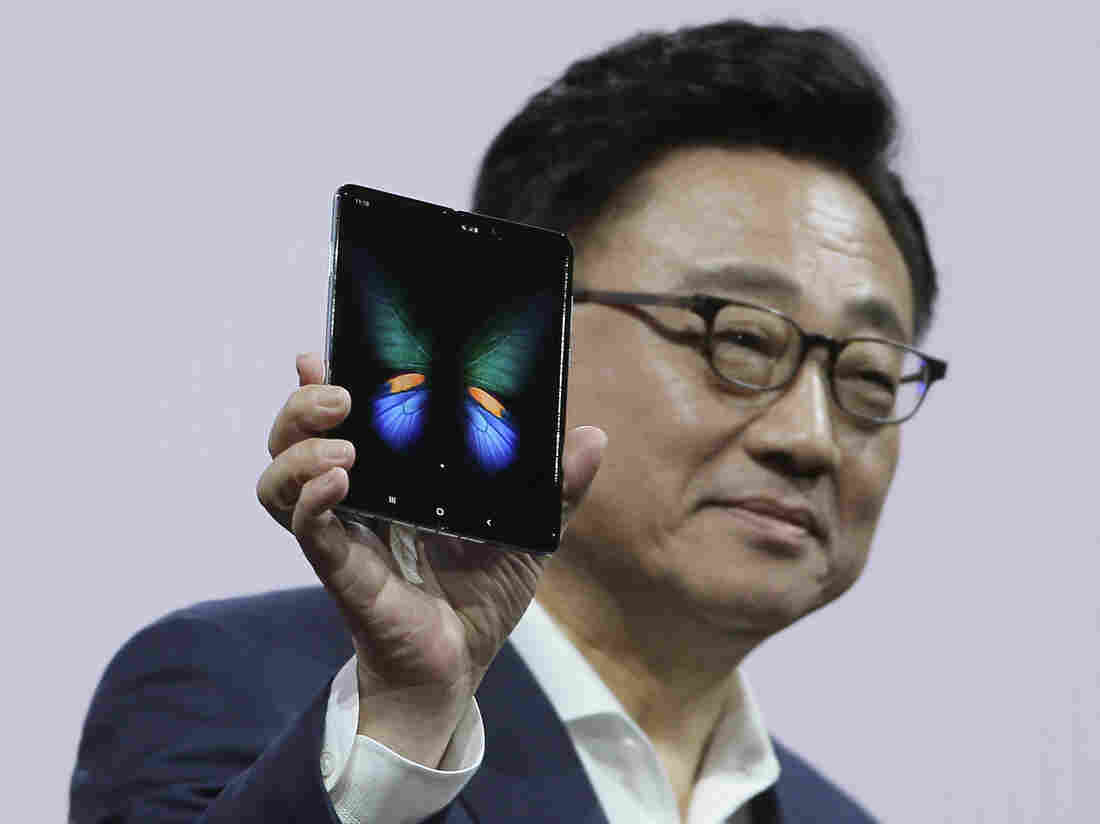 Samsung executive DJ Koh holds up the new Galaxy Fold smartphone during an event on Feb. 20 in San Francisco. On Monday, the company announced it is delaying the device’s launch.

Samsung executive DJ Koh holds up the new Galaxy Fold smartphone during an event on Feb. 20 in San Francisco. On Monday, the company announced it is delaying the device’s launch

With its folding 7.3-inch screen, Samsung’s Galaxy Fold was touted as the biggest Galaxy phone yet. Priced at nearly $ 2,000, the folding smartphone was due to go on sale this Friday. But Samsung announced on Monday that it’s delaying the release after reviews found problems with the phone’s screen.

In a statement, Samsung acknowledged the device “needs further improvements that could ensure the best possible user experience. further internal tests, we have decided to delay the release of the Galaxy Fold. We plan to announce the release date in the coming weeks. “

The Wall Street Journal ‘ s Joanna Stern found trouble with the Galaxy Fold when she started peeling off its plastic coating, which looks like a screen protector. In her review, titled “Samsung Galaxy Fold Non-Review: We Are Not Your Beta Testers,” she wrote:

“The day I got the phone, I started peeling at an edge of it. I thought it was like any other Samsung Galaxy S10 model – the company now ships its priciest phones with screen protectors that are fine to remove. I opted not to go all the way out of fear I would scratch up a gadget more expensive than my MacBook. , that peeled corner was starting to curl up like the edge of a band you were in the shower. “

CNBC said that it did not remove the layer but that the screen on its fold flickered. “A review unit given to CNBC by Samsung is … completely unusable after just two days of use,” wrote CNC’s Todd Haselton.

The Verge’s Dieter Bohn reported that his screen was broken after one day of use. “You can see a small bulge right on the crease of my Galaxy Fold review unit. It’s just enough to slightly distort the screen, and I can feel it under my finger,” he wrote.

Samsung said initial findings showed that the issues “could be associated with impact on the top and bottom exposed areas of the hinge. There was also an instance where substances found inside the device affected the display performance.”

“We will take measures to strengthen the display protection,” the company said. “We will also improve the guidance on care and use of the display including the protective layer so that our Customers get the most out of their Galaxy Fold. “

This is not the first problem that Samsung has had with phones. In 2016, the company recalled 2.5 million of its high-end Galaxy Note 7 after its batteries caught four.

And in 2014, rival Apple had to deal with reports from users who found that the iPhone 6 and 6 Plus could bend into their pants’ pockets.