Bruce Toma, 69, is making plans for traveling and sprucing up his house. That’s a cry from the fall of 2017, when he was diagnosed with pancreatic cancer . The disease and chemo left him in terrible shape

“I was violently sick, I was losing weight terribly. And what I would eat, I couldn’t keep it down or it would just fit right through me,” Toma said.

The pancreas is gland located deep in the abdomen between the stomach and the spine. When cancer develops, symptoms tend to be vague, and diagnosis often comes after the cancer has already spread beyond the pancreas.

For the past decade, Dr. Elizabeth Jaffee of the Kimmel Cancer Center at Johns Hopkins has been bringing cutting-edge technology to the fight. A vaccine that teaches the body’s immune cells, called T-cells, to recognize and attack the cancer.

“What is very efficient is delivering the protein, the pancreatic cancer protein, to the immune system and saying” Hey T-cells, recognize me, “Jaffee said. 051

As researchers continue to look for better ways of treating pancreatic cancer, they’re also trying to figure Out ways of picking it up before it has spread. 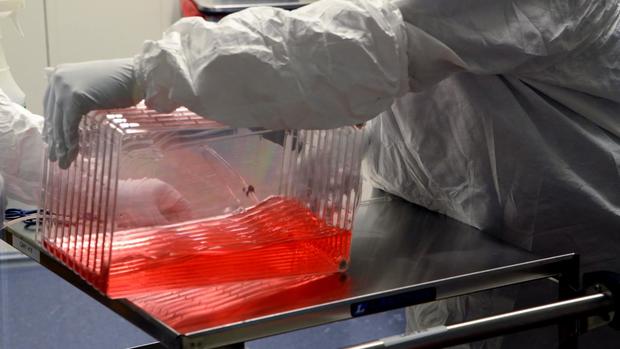 Simeone heads the pancreatic cancer center at NYU-Langone health in New York. She’s been screening people at high risk. Her mission: Early diagnosis of a disease with few symptoms. She said they don’t want to focus on people who are getting tested “Willy Nilly.”

“We want to focus on people who have two or more family members who have cancer or people who might have a mutation that might put them at higher risk,” she said.

It’s early days for this type of testing and for the new vaccine treatment, but researchers are hopefully improving this deadly disease