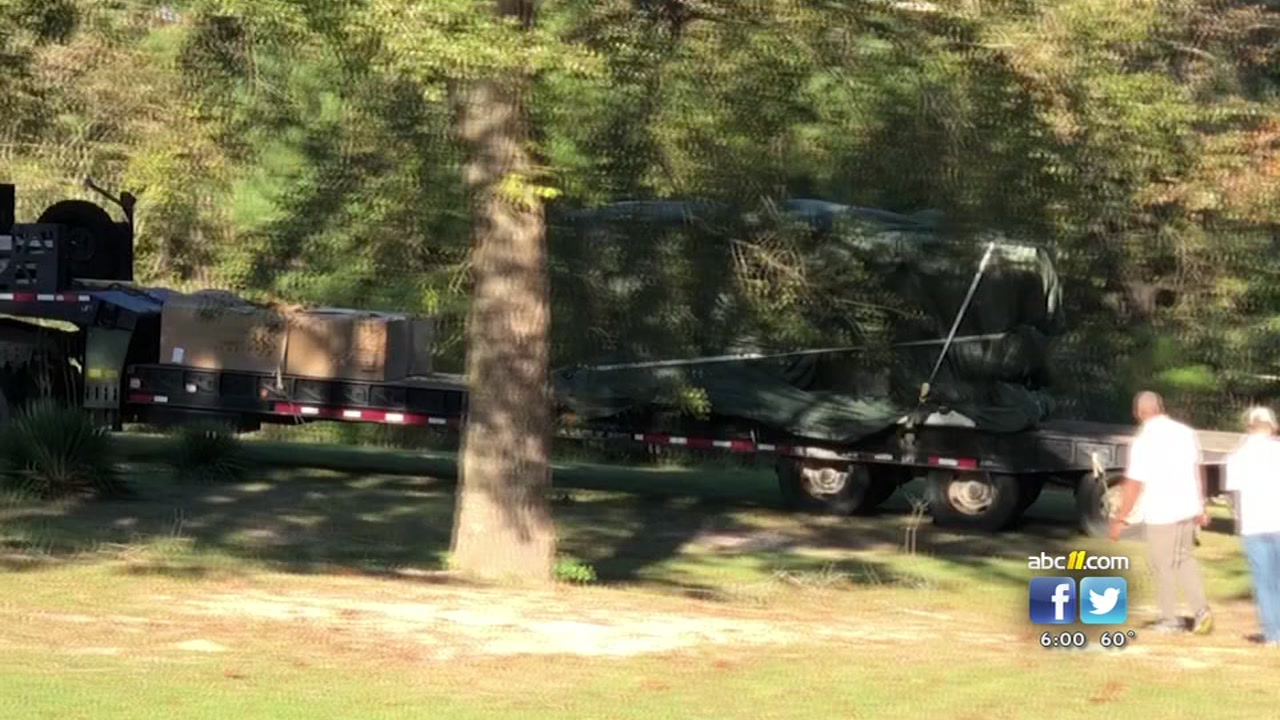 No one was injured.

The neighborhood is in the town of Cameron. This incident occurred around 1 p.m. During a training exercise.

“A load of some kind was released early and we were looking into how it happened,” said Michael Novogradac, a spokesman for the USArmy’s Operational Test Command.

The C-17 aircraft carries supplies and equipment into war zones and, on Wednesday, the special operations team was practicing that type of scenario when the accident happened.

Only two items were aboard the aircraft, which was flying at about 1

,500 feet in altitude – the Humvee and a new heavy drop platform.

The three parachutes attached to the Humvee deployed properly.

The incident is under investigation. .