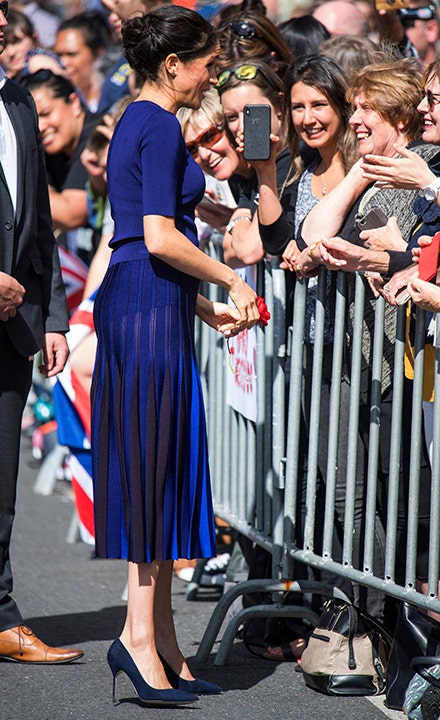 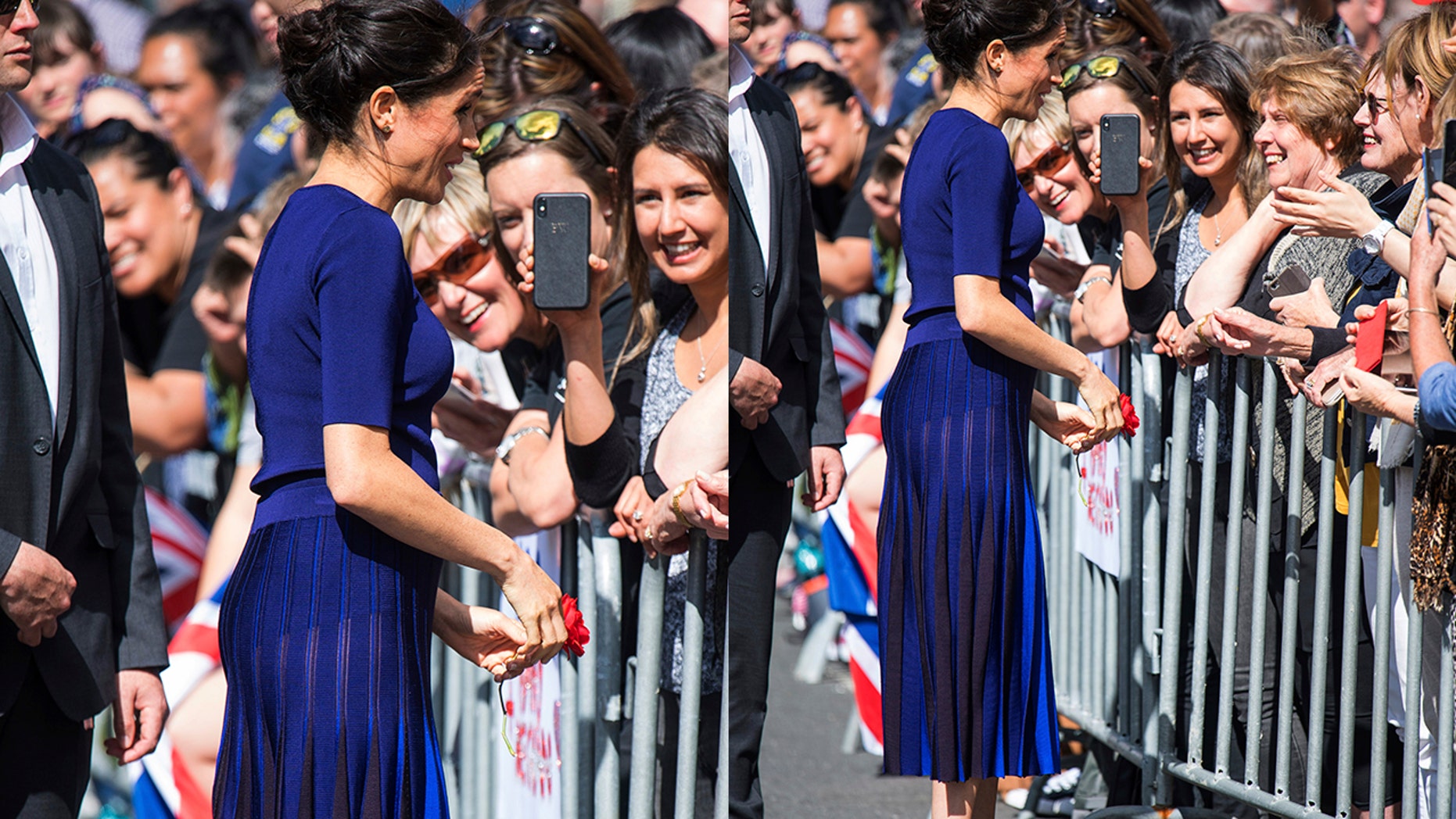 The Duchess of Sussex meets members of the public during a walkabout in Rotorua, New Zealand wearing a sheer skirt revealing underneath the garment.

Another day, another wardrobe malfunction.

While on the final leg of their royal tour, Meghan Markle and her husband, Prince Harry, took a minute to greet fans while on a walkabout in Rotorua, New Zealand, on Wednesday .

The pregnant 37-year-old paired royal blue Givenchy short-sleeved sweater with a knit skirt and suede, navy heels for one of her final tour ensembles. 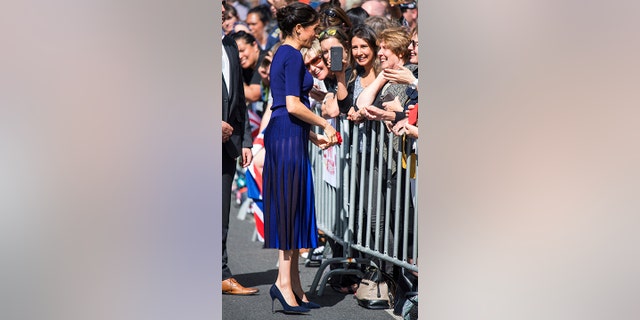 The Duchess of Sussex meets members of the public during a walkabout in Rotorua in Rotorua, New Zealand, Wednesday, Oct. 31, 2018. (Dominic Lipinski / Pool Photo via AP)

It’s possible that Meghan’s “malfunction” was just the Duchess getting in on the sheer dress trend that’s a current staple in Hollywood – but a see-through skirt is not something Queen Elizabeth would likely approve.

Just load week Meghan suffered another fashion snafu when she was snapped with a price tag still on her dress while getting off an airplane with her husband in the Kingdom of Tonga. The price tag was clearly left on the dress and, while Meghan and Harry deplaned, the world was able to see the royal’s accidental fashion faux pas. 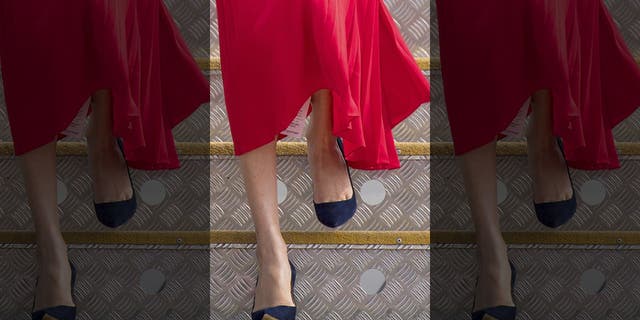 A label hanged from the dress worn by the Duchess of Sussex as she arrived at Fua’amotu Airport, Tonga, Thursday, Oct. 25, 2018.
(AP)

But throughout the 16 days of their royal tour, Meghan has also shown some spectacular looks.

While in Fiji at the state dinner on Oct. 23, the former “Suits” star was snapped cradling her budding baby bump while glowing in an azure blue, cape-sleeved gown.

The Duchess of Sussex paid tribute to the host country by sporting the Fiji Blue Ensemble, according to Entertainment Tonight. The Duchess accessorized her look with a glimmering pair of diamond, chandelier earrings.