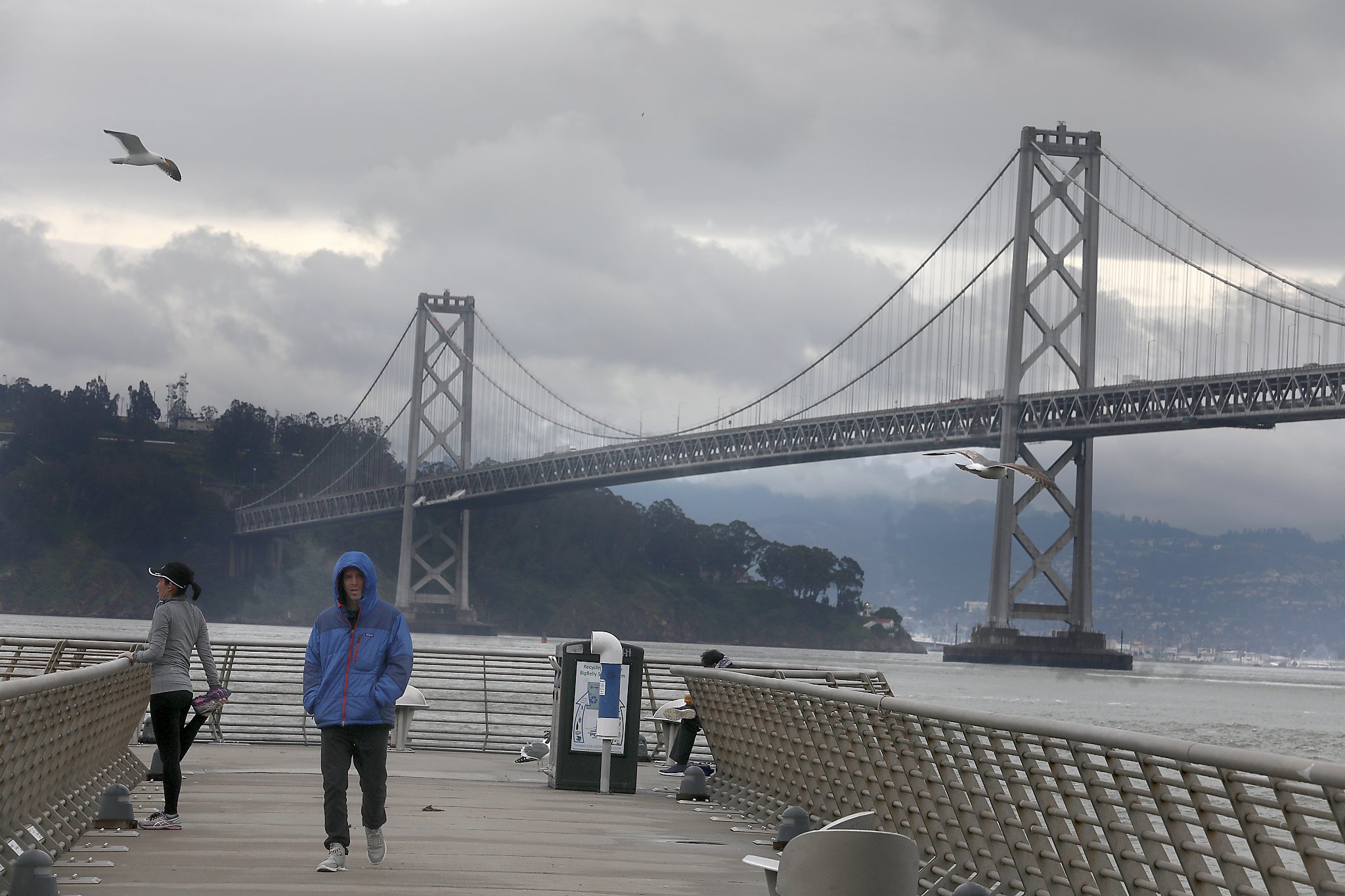 Cloudy sky is seen from Pier 14 at Embarcadero on Tuesday, March 5, 2019 in San Francisco, California.

Cloudy sky is seen from Pier 14 at Embarcadero on Tuesday, March 5, 2019 in San Francisco, Calif.

7-day forecast for the San Francisco Bay Area: “Overall, it looks like it’s getting drier”

In a snowy winter-filled winter, residents of the Bay Area will be happy to know that the week ahead will take some breaks from rain and periods of sunshine.

“Overall, it looks like it is drier after what we saw in the last half of February,” said Scott Rowe, a meteorologist with the National Weather Service Bay Area. “We have no atmospheric rivers on the tap.” An atmospheric river that brushes Bay Area is expected to continue through Wednesday and there is a slight chance of isolated thunderstorms.

Rainbands continue to occasionally pass across the region Thursday morning, with the region drying up in the afternoon.

“We keep some small risks of rain, but mostly over Santa Cruz County and south, “says Rowe.

All day on Friday and most of Saturday Looks like the best chance of sun and a long, dry break with a high pressure spine that builds up on the west coast and blocks stormy activity from entering the Pacific Ocean. , Santa Cruz and Monterey County can see some rain and this can drive into South Bay.

A weak fast-growing cold front appears on the radar for Saturday and Sunday, but Rowe says it is unclear whether it will land. At this time, NWS foresees a tenth of an inch for the Bay Area over the weekend.

“Early next week, it looks like Tuesday, we have another fast-paced system,” Rowe says. “It seems that it will mainly hit Northern California, but can brush San Francisco. Nothing is too wet with it either.”

Trust is high next Wednesday will be dry and sunny.